All About Zero-Waste Packaging: Current Trends 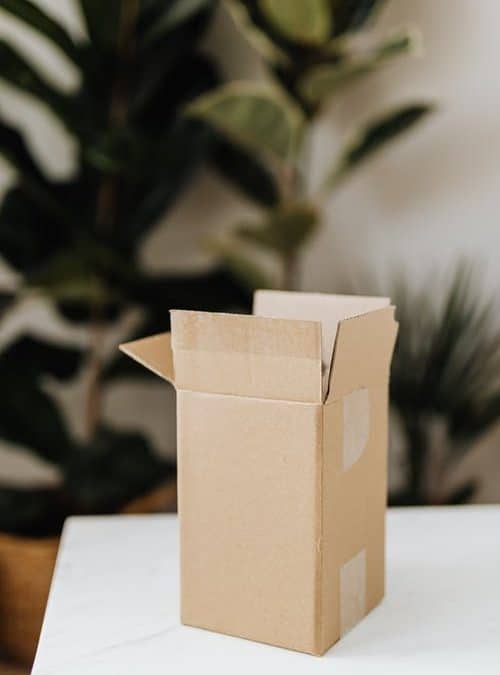 In a 1997 episode of the hit show, “The Simpsons,” hapless father Homer finds himself in another humorous scrape. To cut a long story short, he winds up with a package from Japan. Upon opening the package, he is deluged by an avalanche of Styrofoam chips. The chips keep on coming — a seemingly impossible number for such a small parcel — until, eventually, a tiny video cassette pops out of the box and hits him in the face. This is a far cry from the ideal of zero-waste packaging.

The joke is an obvious one, but it’s also a smart one. Over two decades ago, popular culture was already tuned in to a common frustration felt by the American public: too much packaging. By 2020, we should probably have moved beyond such environmental malpractice, but we haven’t. Manufacturers and distributors still bombard us with wasteful packaging — which then bombards the environment in landfills and elsewhere.

But perhaps things are changing. Moves are being made toward a “zero-waste packaging” scenario. Let’s take a look at the key trends driving this forward.

While consumers used to turned a blind eye to excess packaging — or simply complained to each other and did nothing about it — it seems this is no longer the case. In 2016, the New York Times was already reporting on the “guilt and frustration” of excess packaging. Since then, retail giants like Amazon have shown how important this is to their brand identity, introducing sustainable package initiatives that eliminated 215,000 tons of packaging material by 2017.

But there are still a few problems, particularly in the delivery sphere. Head of ANAMA Package and Container Testing, Anton Cotaj, describes how the average box is dropped “17 times” en route, which puts the contents at risk.

This demonstrates how protective packaging is still important, and how manufacturers and distributors need to make their protective packaging more effective and resource-efficient, rather than just filling up excess space with plastic. In addition, they can focus more on a recyclable model — something we’ll come back to later.

However, alongside this, industry figures can also look into adopting new ways to handle and ship products, including automated processes and other methods that reduce the risk of damage in transit, thus minimizing the need for excess packaging.

Taking a step back from distribution and delivery and looking at the broader picture, we can see that many companies are aiming high, adopting lofty ambitions when it comes to zero waste.

In response to a United Nations Environment Programme study that highlighted the 11 billion tons of waste produced each year, computing giant Microsoft announced that they are targeting a total elimination of waste from their manufacturing, packaging, and distribution chains by 2030.

Other companies have also made similar pledges, taking a stance of full transparency and holding themselves accountable for their waste. This represents a shift in how American industries are dealing with the problem of waste packaging.

Other firms are offering customer incentives to try to reduce the amount of waste they produce. Kroger is one of America’s biggest grocery chains, and in August 2020, they announced their commitment to the TerraCycle Simple Truth recycling program.

Under this program, consumers ship excess packaging back to TerraCycle using a prepaid shipping label, at no extra cost. Each shipment of packaging earns the consumer points, which can then be redeemed as donations to charitable organizations.

“We know more of our customers are seeking out opportunities to reduce their environmental footprint,” says Ben Melillo, senior brand manager at Kroger. “We’re excited to meet their needs by introducing the Simple Truth Recycling Program — an initiative that not only simplifies the recycling process, but also makes it more rewarding.”

Focusing on Recycled and Recyclable Material

Recycling has become a big part of our lives, but its influence is being expanded in accordance with zero-waste packaging initiatives. It is now not enough for companies to use recyclable packaging and hope that consumers dispose of this packaging in a responsible way. Many firms are now looking to adopt recycled materials in the packaging they produce, alongside efforts to make more packaging recyclable.

Diageo is one of the world’s biggest drinks manufacturers and is responsible for producing and distributing beverages such as Johnnie Walker, Smirnoff, and Guinness. The company has adopted several initiatives in line with the UN’s Sustainable Development Goals, including ensuring that 99.5% of all packaging is recyclable and that the packaging is made of at least 45% recycled material.

Dealing with Other Forms of Waste

The pledges from Diageo highlights how zero-waste packaging does not exist in isolation. Instead, it must be implemented hand in hand with other initiatives designed to make manufacturing and distribution more environmentally friendly.

Targets put in place by Diageo also include reducing greenhouse gas emissions in the operational chain by 509,000 metric tonnes and replenishing 100% of the water used in manufacturing in water-distressed areas.

This is part of a drive to reduce wastage across the board, not just in packaging but also in other areas. The targets demonstrate the holistic approach required if firms are to reduce waste and become allies in the ongoing fight against water pollution, poverty, climate change, and unsustainable practices.

Turning Promises into Reality: The Next Steps for Zero-Waste Packaging

There has certainly been a sea change in terms of the way we approach packaging. However, there is certainly still some way to go. The moves are all in the right direction, but until now, they constitute more of pledges and promises than of direct, effective action. Time will tell if we can turn these impressive words into even more impressive reality.