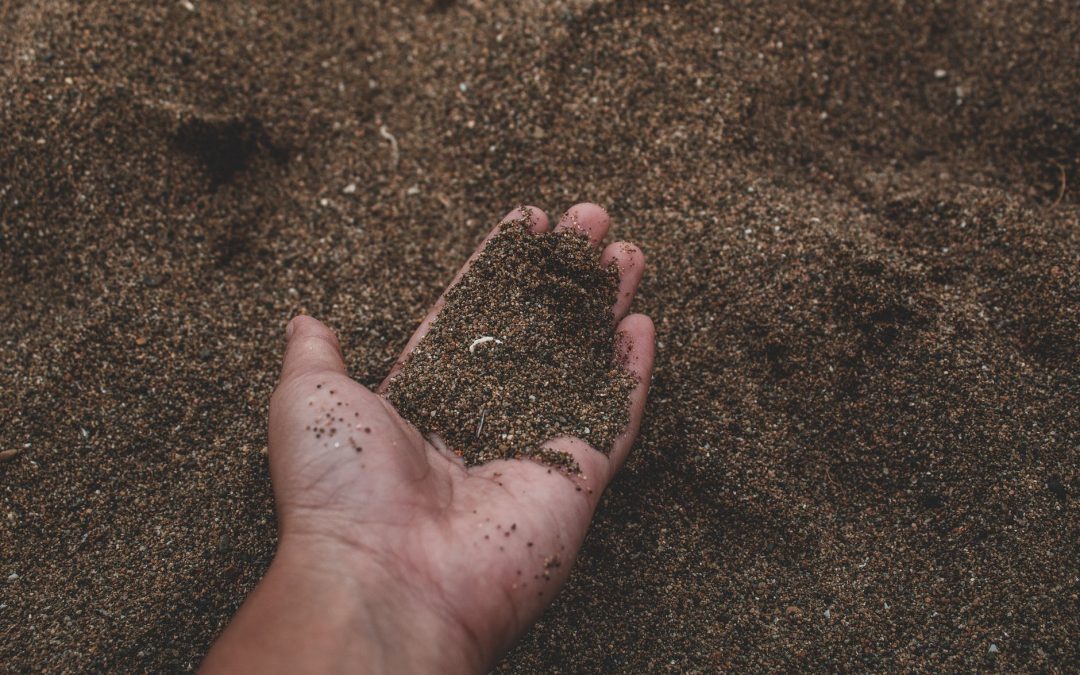 Oil or petroleum contaminated soil needs remediation and treatment. In fact, you will need to make sure that soil is protected from all hazardous contaminants to keep your business safe, sustainable, and compliant with regulation. There are a number of methods you can choose to achieve this.

We’ve compiled a list of four of the most effective methods for dealing with contaminated soil. Read on to learn more.

Bioremediation refers to the use of organic materials to initiate biological processes in the soil. Over time, these processes will naturally and sustainably remove contaminants from the soil, helping to deal with any spillages or leakages without having to add other chemicals to the area.

One way to achieve this is to use a biopile. A biopile is also referred to as a biocell, a bioheap, or a biomound, and it is fundamentally a sample of the contaminated soil that has been treated and manipulated to stimulate biological processes within it. Contaminated soil is collected into a container and then aerated and treated with minerals, nutrients, and moisture to accelerate bioremediation. Organic materials such as bacteria and fungi already exist within the soil sample and will break contaminants down if they are given the appropriate help along the way.

When assisted in the right way, these organic materials can break down some hydrocarbons, which makes them suitable for achieving oil contaminated or petroleum contaminated soil remediation. This process may also be effective in dealing with halogenated organic solvents and compounds in the soil, metals such as lead or chromium, radionuclides, nitrogen compounds, and non-chlorinated pesticides.

As biological remediation of contaminated soil first requires the extraction of the soil sample, it may not be suitable in all cases. For example, contaminated soils that are deep beneath the surface of the ground, or contaminated areas in other hard-to-reach spots, may require an in situ soil treatment — or a treatment that is effective without the need for soil removal.

This is where chemical oxidation can play a major role in making your worksite — and the surrounding area — safe from contamination. An in situ chemical oxidation — or ISCO — compound is injected into the soil to oxidize harmful materials within the soil. With the right tools, the ISCO compound can be deployed through layers of non-contaminated soil or even in and around the foundations of buildings and other structures. It can also be added to groundwater to permeate through the soil, oxidizing harmful contaminants as it goes.

It is useful in combatting contaminants such as TPH, BTEX, and PCBs, among others. It is also particularly effective when rapid contamination control is required — such as in the immediate aftermath of a pipe breach or other leakage.

Soil stabilization belongs to a broader category of processes that are often used in construction projects or on similar jobs. In a general sense, soil stabilization is any procedure designed to bind the soil together to make the area more robust and less prone to erosion and leakage. With regard to petroleum and oil contaminated soil remediation, stabilization involves treating the soil to prevent the transmission of contaminants.

Your teams can achieve this in a number of different ways. You may decide to deploy mechanical stabilization methods — such as concrete barriers or other containment solutions — to isolate contaminated soil in a specific location. In this sense, soil stabilization acts as an extension of your chemical spill containment berms, providing another non-permeable barrier to trap contaminants before they can spread.

A more common way to use soil stabilization to deal with contaminants is chemical stabilization. In this method, chemical compounds are added to the soil to alter its makeup. The contaminants then bind more effectively to the soil, preventing their spread through processes such as erosion or groundwater flow. There are many different compounds that can be added to the soil in order to stabilize it, including resins, polymers, and enzymes. More traditional methods involve the addition of lime, cement dust, or fly ash to alter the chemical composition of the earth.

Biological stabilization can also be used, involving the planting of trees, bushes, and other fauna to stimulate biological remediation and to bind the soil together with roots. However, this may not be suitable for dealing with all types of soil contaminants, as toxic contaminants may inhibit biological growth.

Physical Separation of Soil and Contaminants

Physical separation of soil and contaminants is precisely what it sounds like — directly removing the contaminant from the soil. This is usually accomplished by washing the soil. During washing, a solution of cleaning fluid diluted with water is passed through the contaminated soil sample. This process of washing removes fine-grained soil and silt, which contaminants are likely to bind to.

Great care should be taken during separation. This procedure does not destroy or mitigate the contaminant within the soil. Instead, it simply moves it from the soil to another location. Be careful to prevent the now contaminated water and cleaning fluid solution from entering the water table or contaminating another area of your worksite. To complete the process of petroleum or oil contaminated soil remediation, you will need to deploy stormwater safety products and treat the residual water after the contaminants are removed from the soil.

The coarse-grained soil left behind after washing should be largely clean and contaminant-free, and therefore ready for reuse. You may want to conduct tests upon this soil to make sure it is free from contamination before you relay it. Similar to biopile remediation, this is not an in situ contamination solution, so it may not be suitable for all contamination removal projects.

Achieve Compliance and Sustainability with Remediation of Contaminated Soils

As a facility owner, operator, or manager, you are responsible for limiting your impact on the local environment and for keeping your teams and the general public safe. Oil and petroleum contaminated soil remediation, or mitigation of other contaminants, will help you achieve this in a manner that is sustainable and in line with all relevant regulations.