The Clean Water Act and Your Business: Why it Pays to Be Responsible About Stormwater 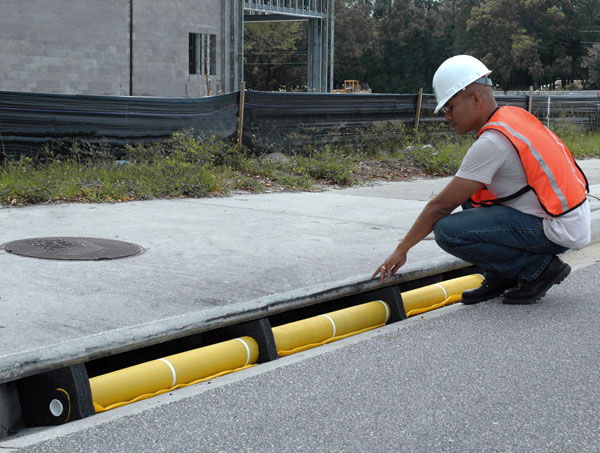 In January 2017, the Environmental Protection Agency – EPA – in Iowa handed down a hefty fine to a developer in the Urbandale region of the state. M&R Holdings were found to be in violation of the Clean Water Act after discharging contaminated stormwater into a local creek, and forced to pay $8,350.

No business wants to suddenly find themselves staring down the barrel of several thousands of dollars’ worth of fine, so you would think the choice would be a simple one: just don’t violate the Clean Water Act. M&R were cited for not “installing and maintaining controls” to keep stormwater unpolluted; a seemingly straightforward and easily avoidable violation of the code.

One of the reasons that unscrupulous business owners may sometimes try to get around the CWA is the seemingly uncertain position that the EPA and the Department for Environmental Conservation take on the act.

Earlier in 2017, the civil engineering departments of the town of Moreau, New York were spared a fine after “failing to carry out a stormwater management plan”. Meanwhile, an environmental authority in North Carolina said that it would be giving developers “some slack” when it came to stormwater requirements.

These apparent mixed messages are discouraging some from taking the necessary precautions, as laid out in the Clean Water Act. However, this is a dangerous route to take.

Businesses can and do get fined. The town of West Des Moines, also in Iowa, was ruled to be culpable for stormwater problems in the area, and is expected to be fined, while other bodies outside Iowa have been found guilty in similar proceedings.

It can sometimes be expensive to ensure full compliance with the Clean Water Act. For example, on Staten Island, a project aimed at providing responsible drainage to 600 homes in the borough is expected to cost $48m. However, being compliant is vital if your business is to stay out of trouble, and if the local environment is to be protected.

Any organization which discharges stormwater back into the water table, must first acquire a permit from the EPA. The level of the permit required will depend upon the volume of stormwater being ejected and the nature of the business.

In order to be eligible for a permit, the business must show that they have implemented the necessary measures and precautions to keep stormwater free from any pollutants or other impurities which may make it unsuitable for reintroduction to the water table. The EPA or other nominated body may conduct an inspection at any time, and reserve the right to revoke the permit.

Taking the responsible approach is not only the right decision financially, it is also a way for conscientious business owners to build closer ties to the local community, safeguarding an environment of which we can all be proud.

For more information on how to achieve this with your business, or to take a look at the stormwater products offered by Chemtech, get in touch with the team today.