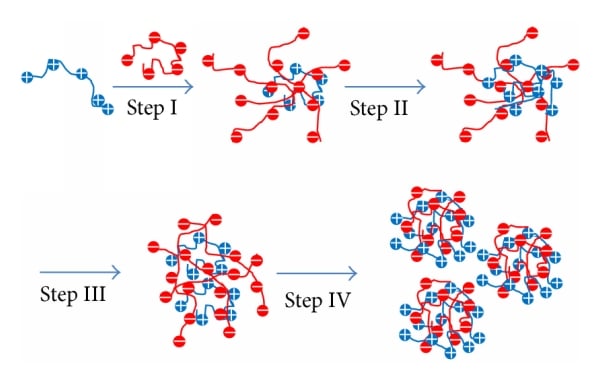 There are many different flocculants available, but which one is the best for you? We have listed some of the most commonly encountered flocculants below to help you make your decision on which agent to utilize at your facility or site during flocculation and coagulation water treatments.

Inorganic compounds are comprised of molecules that do not contain carbon. These compounds make up some of the most widely used flocculation agents on the market.

Aluminum sulfate (Al2(SO4)3) is an aluminum salt that is also known by the name alum. Along with ferric chloride and ferric sulfate, it is the most widely used of all flocculant agents. It is widely available right across the world and is a cost-effective solution — two aspects that have led to its broad usage even in developing countries.

It is effective at reducing turbidity and chlorine demand in water, and it is relatively safe to store and utilize. One problem associated with alum is that it is sometimes difficult to predict how much of the salt will be required to achieve optimal flocculation.

Ferric sulfate (Fe(SO4)3)) is an iron-based salt that is one of the most widely used flocculants across different industries, along with alum and ferric chloride. It has slightly acidic properties that make it suitable for pH adjustment and is highly effective as a flocculant agent.

As ferric sulfate is less corrosive than its counterpart, ferric chloride, the sulfate is often used in applications that involve corrosion-vulnerable machinery.

Ferric chloride (FeCl3) is another iron-based salt that is also among the most widely used flocculants in industry. It can be used as a coagulation enhancer as well as a flocculant, and it also has a number of other applications, such as turbidity removal, disinfection by-products removal, and arsenic reduction.

The compound can be corrosive and should only be stored in specifically designed or rated tanks. It can also produce fumes that can have a seriously detrimental effect on the surrounding environment.

Ferric chloride sulfate (FeClSO4) is a third iron-based salt. It is also used as a flocculant, although it is used less widely than the first three inorganic flocculants on our list. One of its most common applications is found in the treatment of industrial graywater and municipal wastewater, where it dehydrates solids ahead of filtration.

Ferrous sulfate (FeSO4) is similar in its make-up to both ferric sulfate and ferric sulfate chloride but has a simpler molecule, with only four oxygen atoms, one sulfur atom, and no chlorine. The main application for ferrous sulfate is as a flocculant in water treatment, and it is known as a highly effective, relatively low-cost solution. However, it is not as widely available as its ferric sulfate counterpart.

Cationic starch is produced via the electrolysis of a mixture of starch slurry and a reactive compound, often epoxypropyltrimethylammonium chloride. It is commonly used as an organic flocculant and is known for its effectiveness in reducing turbidity and algal suspension. For this reason, it is often deployed in an effort to harvest microalgal biomass at water treatment sites.

In comparison with commonly used inorganic flocculants such as aluminum sulfate, cationic starch was found to be more efficient at achieving flocculation, with 10 mg of the cationized starch achieving the same results as 10 times that amount of aluminum sulfate. However, as the flocculant is relatively difficult to source, it requires a process of electrolysis, one of the key electrocoagulation disadvantages that many businesses aim to avoid. It has not replaced aluminum sulfate on a broad scale.

Polyacrylamide is a polymer-based flocculant that is widely used in the treatment of water, ranging from waste water to drinking water. It is often used as an anionic — or negatively charged — flocculant and is popular in industry, thanks to its broad availability and relative safety when in use or in storage.

One downside to polyacrylamides is that they may not be suitable for use within active water treatment systems. This is because the process requires tight controls. If these controls are not administered, the produced flocs may be gelatinous in nature, which can block filtration media and reduce the efficacy of equipment.

Which flocculation agent is best suited to your purposes?

Which flocculation is best for you largely depends upon the resources your organization can draw upon. While organic flocculants such as cationic starch have been found to be more effective than many inorganic flocculants, they remain relatively difficult to source. This makes them unappealing to cost-focused business owners.

It may also be important to bear in mind potential regulatory changes in the future. The potential for flocculant spills or contamination falls is something that local and national environmental authorities monitor very carefully, and this may make the shift towards more eco-friendly options, such as chitosan and other similar organic flocculation agents, a savvy move for the future. However, some organic flocculants may fall under the CDC’s guidelines on importing and handling biological materials, and this may cause further difficulties for businesses in search of an effective but low-cost agent.