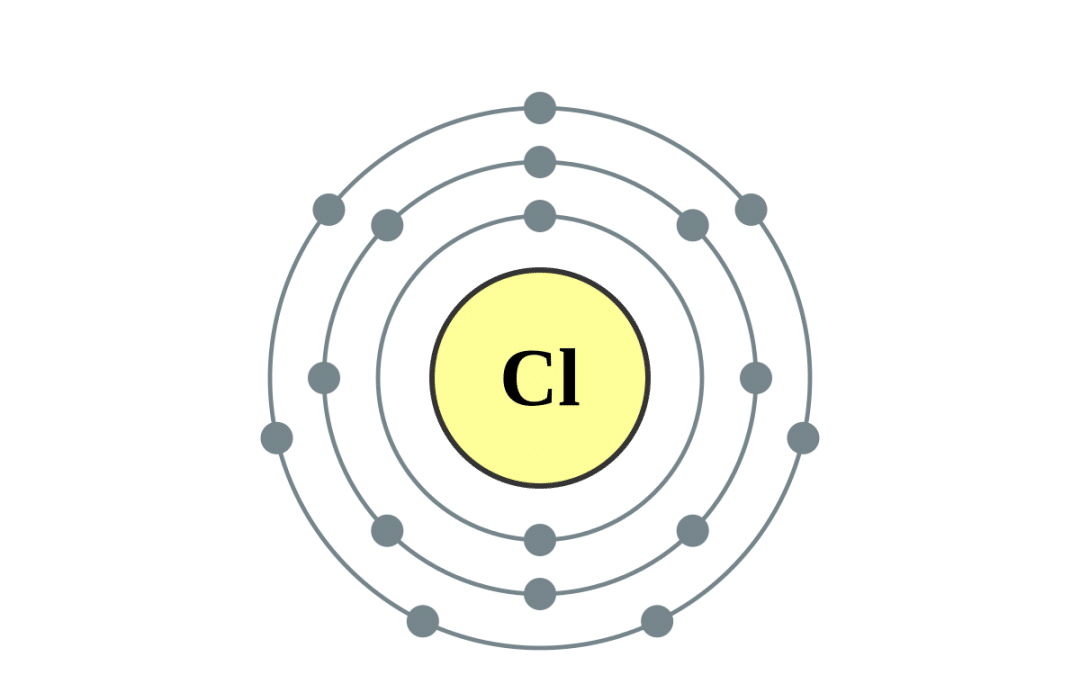 A chlorine atom with 17 electrons shared across three shells. Image via Wikipedia

Chlorine is a substance that has many different uses in industry, commercial cleaning, leisure, and even the home. But how much do you really know about this gaseous element in the Halogen family?

Take a look at these 15 interesting facts about chlorine, and learn something new about a chemical that is already so familiar to many of us.

Chlorine is highly abundant on Earth, mainly in our oceans, where it is the third most abundant element. It makes up about 1.9 percent of the mass of our oceans and seas.

This mass release of gas is only hypothetical, which is good as chlorine is, in fact, highly toxic. This is why you need to take certain safety measures when handling chlorine, and it is also why water testing and other processes are so important to public health. Chlorine gas will irritate the respiratory system as well as the skin and eyes and can be fatal if we are exposed to even one part per thousand of chlorine in the air.

Despite this, we actually need chlorine in our bodies. Chlorine ions help regulate osmotic pressure and help us digest food. Most of the chlorine in our diet comes from sodium chloride — or table salt.

It was the famous chemist Sir Humphry Davy who first identified chlorine and named it back in 1811. Pure chlorine had already been produced decades earlier by Carl Wilhelm Scheele, but he did not realize it was a distinct element, instead mistaking it for oxygen.

Davy named chlorine after the Greek word “chloros.” The word, meaning green-yellow in color, describes the hue of the element in its pure form.

Even before it was isolated and identified by Sir Humphry Davy, chlorine was being used in commercial cleaning and purification applications. Claude Berthollet first put forward the idea of using chlorine in this way in 1785, while the modern chlorine bleaches we use so often today were invented by the Scottish chemist Charles Macintosh 14 years later.

Chlorine has been used to purify drinking water in the United States since 1908, when it was introduced in the state of New Jersey. The process became more popular over the following decade and the government ordered that all drinking water be purified in this way from 1918.

Swimming pools only need two to four parts of chlorine per million parts of pool water for effective purification, which means that swimmers can stay safe while enjoying the water. However, without protective eyewear, this may still be enough to cause red eyes after a while.

The strong smell of “chlorine” that you may detect while swimming in a chlorinated pool is an indication that chlorine levels are too low. If the chlorine is doing its job, there should be no strong scent in the pool. If you experience that strong, typical odor of chlorine, this may imply that additional chlorine needs to be added to provide more chemical balance to the water.

Using chlorine to decontaminate chicken meat has been the source of some controversy in recent years. Chlorine is applied directly to chicken carcasses to remove any residual fecal contamination. The practice has sparked trade rows, including one between the United States and the United Kingdom.

The first C of the infamous CFC gas stands for chloro, which tells us how harmful chlorine can be to the ozone layer. It is estimated that one chlorine atom can destroy 100,000 ozone molecules, resulting in severe depletion of this crucial stratospheric layer and severe danger for our climate. This is one of the reasons why chlorine must be handled very carefully.

Chlorine is used across many different industries, as a purification agent and as an aid in producing a number of chemicals. This makes it very useful to modern business and industry.

Chlorine emergency kits should always be on hand and ready for deployment if you are using chlorine within your facility. These kits help you provide an effective response in the event of a leak or contamination.

Chlorine is a very interesting element indeed — perhaps even more interesting than you initially gave it credit for — and is undoubtedly very useful to businesses across the country. However, it needs to be handled in the right way. Keep these interesting facts about chlorine in mind to take the steps you need to keep your business, personnel, and the environment safe from harm.