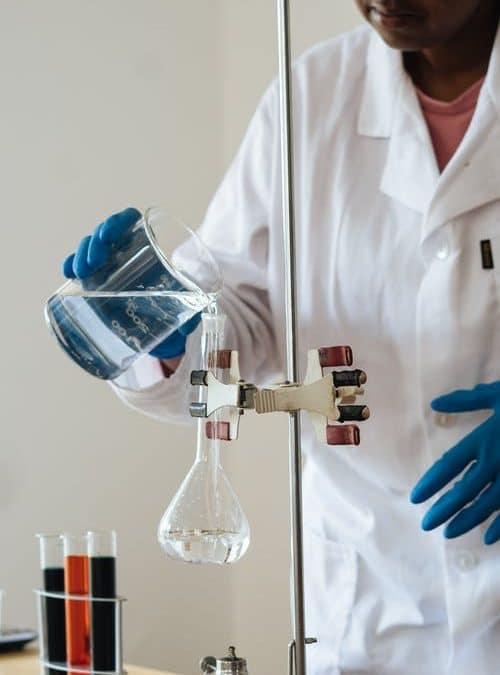 Water quality analysis is crucial to understanding the quality and safety of your water and is a vital part of testing. But the results returned by such analysis tend to be complex.

To help you get the most from your water testing, we’ve outlined some of the key parameters involved in water analysis, providing some insight into what these terms are referring to.

Understanding the Parameters of Your Water Quality Analysis

pH measures the concentration of hydrogen ions in a solution. In laymen’s terms, it describes the relative acidity or alkalinity of the substance. Safe water should be close to a neutral pH of 7, but natural water in the water table is generally a little acidic.

Chloride levels refer to the amount of Cl- ions in a solution — in other words, how “salty” the water is. Public drinking water should not exceed 250 mg of chlorides per liter, although human tastebuds cannot register levels of less than 1,000 mg/l.

Chlorine is used to treat and disinfect water, and some of this chemical will always be left behind. For drinking water, this should not be more than around 0.2 mg/l.

It is natural for water to carry S04(2-) ions, or sulfate ions, so you should not be alarmed if there are traces of this in your wastewater. Even drinking water may include relatively high concentrations of sulfates without harming human health.

Nitrogen is one of the most abundant chemicals on our planet, so it’s no surprise that they also turn up in our water. At higher concentrations, nitrogen and nitrate ions can cause rapid algae growth and can also be harmful to human health.

The dental health properties of fluoride are well known, and so it is commonly found in water supplies around the United States. Concentration levels are restricted according to climatic conditions, with maximum concentrations ranging from 1.4 mg/l in warmer areas and up to 2.4 mg/l in colder areas.

Iron content refers to concentrations of ferrous, Fe (2+) ions. These ions are not harmful, but they can cause damage to water systems and appliances if concentrations are too high.

Manganese exists in water as manganous, Mn(2+), ions, and poses similar hazards to those of ferrous ions. Both ferrous and manganous ions react with oxygen in the air to reduce the clarity of water.

Copper is found naturally in water and is generally non-toxic. Smaller concentrations of copper can even be beneficial to plants, animals, and humans, although higher concentrations are likely to give water a strange appearance and can also provide a strange taste to drinking water.

Zinc is similar to copper in terms of properties, and it is similarly non-toxic and even beneficial in lower concentrations. In higher concentrations, zinc can make water appear cloudy and non-transparent, which can be alarming, especially in drinking water. Despite this appearance, the risk to human, animal, and plant life is low.

Hardness in relation to water is a concept most of us are familiar with. We have all heard about hard and soft water areas, even if we have not got to grips with what this actually means in practice. Basically, hardness is the level of mineral compounds that are dissolved in water, including calcium and magnesium-based compounds. These can form deposits in pipework or in appliances, which can cause damage in the long term. Even at higher levels, mineral deposits may be naturally occurring, as water picks up this mineral content after coming into contact with soils and certain types of rock.

Oxygen dissolves naturally in water, although some factors can reduce the amount of this element that is found in water samples. There should be a high concentration of oxygen in all water table sources, although actual levels vary based on temperature pressure.

BOD is biochemical oxygen demand. In other words, this is the level of oxygen that is required to feed the organic material contained in a water sample. Sewage will have a very high BOD, but all water samples will include a level of biological content and therefore a BOD reading.

It is not only inorganic substances that can be harmful to human health. Organic compounds such as solvents and pesticides may also cause environmental damage and harmful health side effects. These are classed as toxic organic substances.

Unfortunately, radioactive substances can also make their way into water from a variety of sources. These substances include those that release radiation in alpha, beta or gamma form, and they can be seriously damaging to the natural environment, to plant and animal life, and also to humans that may come into contact with them.

You may also analyze your water for the presence of biological entities such as some or all of the following:

A Responsible Approach to Water Testing Is Invaluable

If your facility produces wastewater, or releases any water into the water table, whether for human or animal consumption or otherwise, water quality analysis needs to be a key part of your operations. Take the time to learn what you are looking for, and make sure your testing is as accurate and as reliable as possible.