The Danger of Scale in Water Systems 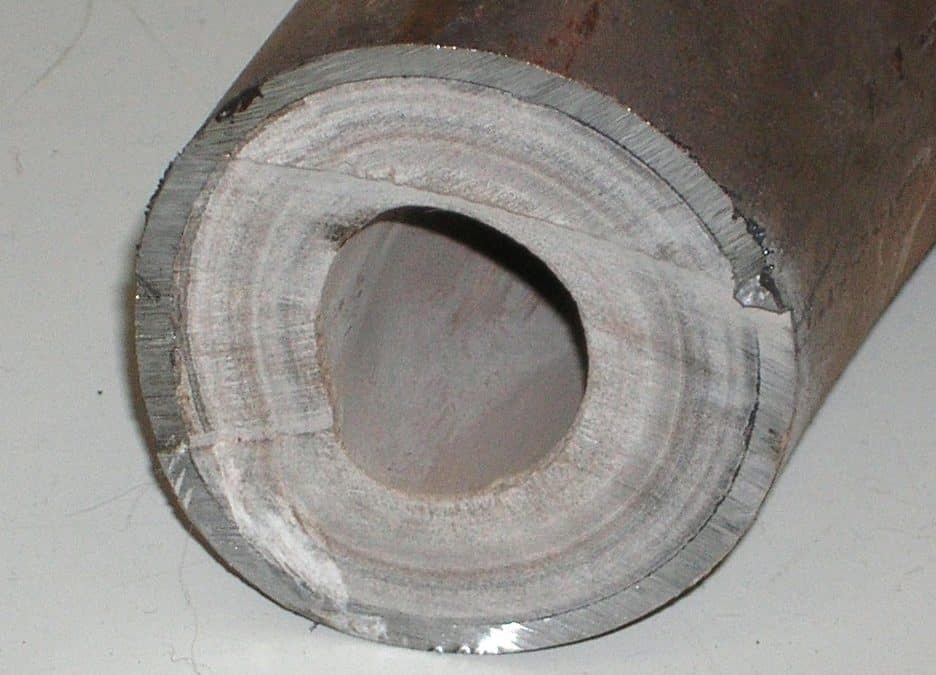 There are many factors that make cooling water treatment and other forms of water purification necessary. However, one of the most frequent issues encountered by industrial facilities and their management teams is scale buildup. If left unremedied, scaling can cause significant problems.

Scaling occurs when mineral deposits suspended in water become separated and start to build up on the inside of water system components. Areas of hard water – such as areas around the Continental Divide, as well as the South West and some parts of East North Central – are particularly at risk of buildup. The South East, excluding Florida, the majority of the East Coast including all of the North East, and most of the Pacific Northwest, are the lowest-risk areas, although all facility management teams need to be aware of the potential dangers involved with scaling.

But why is this such a problem? What are the potential dangers of pipe and boiler scaling? Read on to discover more.

Direct Damage to Pipes, Ducts, and Other Components

The deposits left behind by scaling build up over time within pipes and ducts, as well as within other components of your water circulation system. While limited scaling may be relatively easy to remove without any serious damage to the internal workings of your water system, there are two major problems with this retroactive approach.

One: Scaling can occur rapidly, and significant deposits of scale may be very difficult to remove from your system if they are allowed to take hold. The deposits build on top of one another, creating a solid mass within the pipework. If the buildup becomes too great, the component may need to be replaced altogether, as it may be too late for descaling or other forms of repair.

Two: Not all of your pipework or other components are easily accessible to maintenance teams. If there is scaling deep within your water circulation system, this is difficult to gain access to, and even more difficult to remove. Repairing the pipes and removing the scale deposits may result in significant downtime for your facility, as well as high levels of expense.

This is why preventative measures, such as keeping a careful eye on boiler water treatment chemistry and removing hardness from water in circulation, are the preferred options. Acting retroactively to remove pipe or boiler scaling may be costly and ineffective.

All areas of your facility’s water system are susceptible to scale deposits, but some components are more vulnerable than others. This is because scaling is a chemical process – adding energy to a chemical process will accelerate it and increase its yield, which is deposited scale in this case.

Anywhere extreme heat is applied, the additional energy can make scaling worse. Within your boiler, for example, temperatures reach extreme levels, separating the suspended calcium compounds, such as calcium sulfate, from the water it is suspended in. These separated calcium compounds then forms scaling deposits on boiler components. These extreme temperature environments have been shown to both accelerate and exacerbate the scaling issue, leading to intense deposits that form very rapidly.

Cooling tower water treatment is also important. During cooling, water comes into contact with materials at high temperatures, which can also separate suspended minerals from this water. In turn, this accelerates scaling in the same manner mentioned above.

When scaling forms, it builds up on the inside of pipes and other components. As such, the diameter of these water conduits is reduced, which means there is less space for water to flow through. The greater the scale buildup within the pipework, the smaller this diameter becomes.

This obviously has an impact on the water traveling through the system. Water travels through scale-afflicted pipes with far less efficiency, and this impacts the entire water system. Over time, the diameter will decrease further and further if water is not properly treated, as scale builds up to a greater extent. Eventually, this can cause a total blockage within the system.

Wherever pumping is required within your system, the ease of movement for the traveling water requires serious consideration. If it is difficult for water to pass through your pipes, then your pumping system needs to work harder. This means using more energy – driving up operating costs and impacting the carbon footprint of the facility – and also putting pump components at risk of accelerated wear and tear and damage.

If the diameter of the pipework is reduced due to scaling, this has a negative effect. As the water is now traveling through a narrower space, pumping the water at the desired velocity and throughput rate becomes increasingly difficult. The pump now needs to work much harder to achieve the same results, and can quickly become overloaded. Pump components will need to be replaced more frequently as a result, and the pump may stop working altogether.

Scale deposits are not generally toxic, and should not cause harm to humans. This is true regardless of whether you are working with a potable system for drinking water or not. However, scale in pipework can cause other contamination issues.

These deposits provide a breeding ground for bacteria, which can effectively colonize areas affected by scale until they become a significant health hazard. One particular form of bacteria – the Legionella bacteria associated with the potentially fatal Legionnaires’ disease – can be especially dangerous, and outbreaks have been linked to scale deposits.

Staying on Top of the Dangers

If your facility is in a hard water area, you need to be fully engaged with descaling your pipework and ensuring your boiler water treatment chemistry is optimized. In fact, even if you are in a relatively low-risk area, it still pays to remain aware of the potential risks. Allowing scale to build up will only cause problems for your teams in the future, and it is far better to remain ahead of the game with preventative measures.