How Is Acetylene Gas Produced? 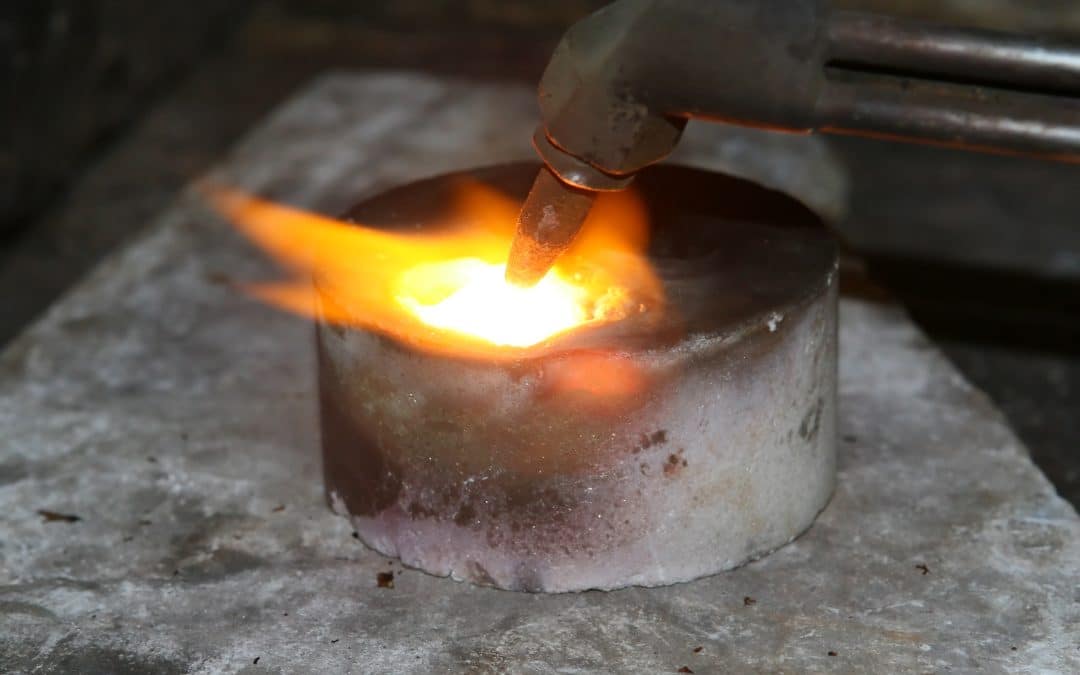 Acetylene gas is a highly flammable and poisonous substance, which must be handled with great care using acetylene gas canisters, valves, and secure systems. However, it is also very useful in a number of different industrial applications, so it is commonly deployed on sites across the USA.

Made up of two carbon atoms and two hydrogen atoms, acetylene is the simplest of the alkyne family of molecules, all of which feature a triple bond between hydrogen and carbon atoms. It’s also known as ethyne because of its atomic makeup – ethane and ethylene both share a double carbon element.

In industrial applications, acetylene is often used as a fuel in welding and other processes that require a high-intensity flame, such as soldering. When paired together with oxygen and utilized as a fuel, the acetylene supports a reliable and stable flame at an extremely high temperature. This is not the only application – acetylene can be used in the manufacturing of rubber and glass, as well as a chemical additive in the production of compounds like acetic acid, and even as a preservative for food. But how does this substance end up flowing through the acetylene cylinder valves at your facility? Let’s take a look at some of the primary methods of production.

Pyrolysis is one of the main methods used in producing acetylene. One of the advantages is that it also produces a number of other gases that can then be used in industrial applications.

To begin the pyrolysis process, you need an input that provides the constituent chemicals. This may be natural gas or naphtha. Both naphtha and natural gas contain the hydrocarbons that are used to feed the reactions that create the acetylene output.

The inputs are fed into a furnace along with vaporized water, where the mixture is heated to an extremely high temperature – typically between 932 degrees Fahrenheit and 1,256 degrees Fahrenheit (between 500 degrees Celsius and 680 degrees Celsius). The reason for such a temperature extreme is that the reaction is incredibly endothermic, requiring a vast amount of energy to keep the process going.

To maximize the production of the outlet gases, the following criteria need to be met:

This type of processing leaves the facility with various gases, all of which were formed from the hydrocarbons within the naphtha or natural gas input. These include ethylene, propylene, hydrogen, and methane, among others, as well as acetylene. This multitude of gas outputs is why distillation is required to separate the outputs into pure substances ready for use in industry. Acetylene cylinder valves will also be required to prevent gases from escaping during storage and transportation.

The pyrolysis method is useful in that it produces an array of different gases, many of which may be useful when deployed in various industries. However, acetylene gas can be produced directly from the partial oxidation of hydrocarbons.

When hydrocarbons are processed using an intensely hot flame – typically a methane flame burning at over 1,832 degrees Fahrenheit (1,000 degrees Celsius) – a partial oxidation reaction takes place and acetylene gas is produced. This is actually one of the primary forms of developing and producing acetylene gas, although the extremely high temperatures involved make this a potentially difficult, expensive, and risky endeavor.

A third method of producing acetylene gas involves the use of calcium carbide. This is a non-volatile molecule with two carbon atoms bonded to a single calcium atom. While it looks stable and behaves as such to some extent, it is highly reactive. When the calcium carbide reacts with water, it produces a large yield of acetylene gas. A solid is also produced – calcium hydroxide.

Bear in mind that acetylene gas is a relatively simple molecule, and it is the simplest of the alkyne group. With only two carbons and only two hydrogens, the molecule can be created using the two carbons from the calcium carbide and the two hydrogens from the water molecule, leaving behind the calcium atom that reacts with leftover hydrogen and oxygen to form the calcium hydroxide. This compound is used in a wide variety of applications, from food processing to sewage treatment.

Calcium carbide reactions do not require the high temperatures necessary to drive the endothermic partial oxidation and pyrolysis processes. Taken at face value, this looks like the better option due to the reduced levels of energy needed to support the results. However, large amounts of calcium carbide are required to generate acetylene gases at high volumes, and this can prove difficult to source.

In Search of Optimal Production Methods

Management teams and facility owners in industries across the USA are all united by the same needs – to be productive and to limit costs. This means providers need to optimize the production of resources like acetylene gas. As well as finding a way to limit the huge amounts of heat required to power an endothermic reaction, producers of acetylene gas also need to reduce the amount of raw materials that pass through the system. These approaches not only improve the performance of the business as a whole but also pass on savings to customers at market. Perhaps most important of all, optimization helps to reduce the carbon footprint of the entire industry.