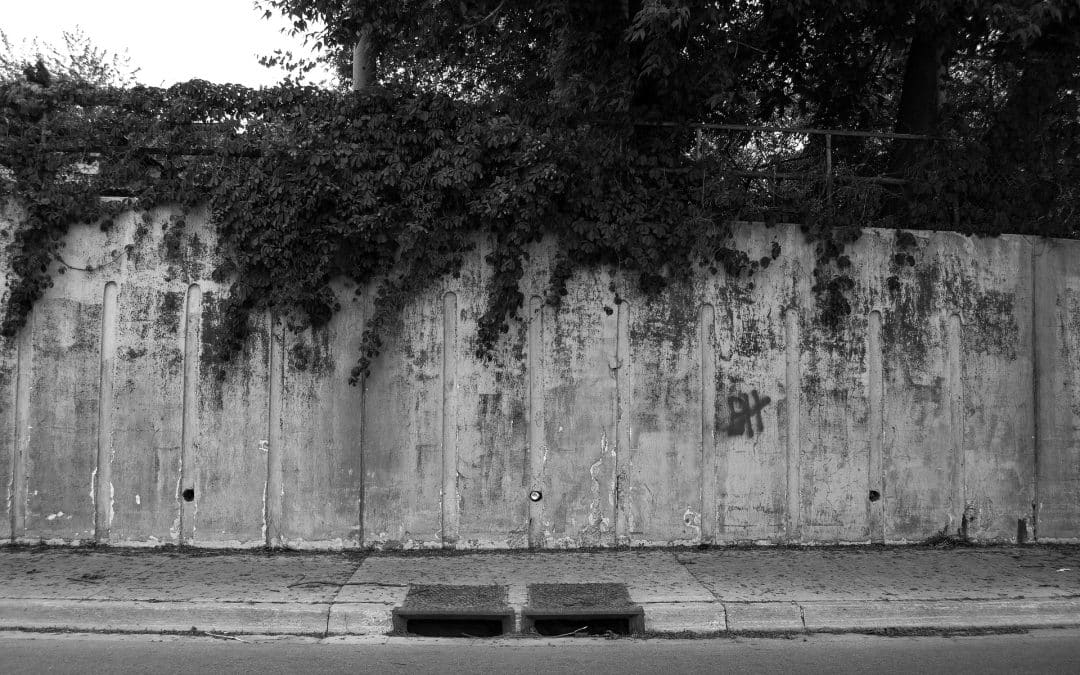 Where does stormwater runoff go once it enters the storm drain system? What are the effects of stormwater pollution on local environments? These are important questions, and they are becoming increasingly so in the modern age as stormwater problems continue to mount up.

The basic stormwater runoff journey is part of the wider water cycle, seen across the natural world. Rain and precipitation fall, then travel through the ground into water courses, from which it returns to a lake or sea and evaporates to begin the cycle again. Stormwater drainage systems are essentially a man-made intrusion into this cycle, designed to mitigate the effects of precipitation and to keep the cycle moving.

Water Is Deposited After a Storm

Storms have been around since the formation of the atmosphere, millions of years before the first human civilizations. Precipitation from these storms is deposited on the ground during a storm. It is then absorbed into the soil or into other materials until a saturation point is reached. After this point, the water can no longer be absorbed and will either flow away or remain standing until it evaporates.

With the advent of modern cities and the use of building materials such as concrete, things have changed. Impervious surfaces no longer allow water to be absorbed, and so stormwater builds up far more quickly.

Stormwater Drains Provide a Pathway for the Excess Water

Stormwater drains offer an outlet for this stormwater. The residual water flows into the drain and is removed from the area. Even in locations where concrete and other impervious materials prevent natural water flow and absorption, the storm drain will prevent build-up.

The water flows through the drainage system and into natural features such as streams, rivers and lakes. Here it is evaporated by the sun, and the water cycle continues.

In the modern age, however, the stormwater runoff journey needs to change. Traditional systems are ill-equipped to handle the problems our society currently faces.

Some cities – such as Portland, Maine and Burlington, Vermont – now receive almost ten inches more rainfall per year than they did a century ago. While annual rainfall has reduced in some areas, large swathes of the United States are feeling the increased burden of precipitation. In areas with outdated urban infrastructure, this can cause significant issues in terms of managing stormwater.

Even in areas without significant increases in rainfall, problems can still arise. The Environmental Protection Agency (EPA) estimates that impervious surfaces are dramatically increasing the volume of water that storm drains need to handle. The EPA’s calculations suggest that the average urbanized city block will produce five times more surface runoff following a storm than a forested area of the same size.

What’s more, these impervious surfaces are themselves growing. In residential areas featuring single-family homes, the impervious surface area increased by 34% between 1990 and 2007, and this trend is likely to continue as the population grows. Storm drains are already having to work harder than they used to in removing stormwater, and traditional outflows such as rivers and lakes are in danger of being overwhelmed.

Increases in stormwater volume have a relatively simple solution – more storm drain capacity and proper maintenance upkeep of infrastructure. However, this is not the limit of the issues that modern communities face when it comes to stormwater. Pollution and contamination are putting ecosystems and communities in danger.

The DC government’s Department of Energy and Environment has identified a range of common pollutants that have a habit of turning up in stormwater. These include:

This is an in-exhaustive list of common contaminants, but it gives an idea of the scope of the issues caused by stormwater. In a traditional system, there is no treatment or processing element – pollutants and chemicals are simply swept through the storm drain and released into nearby natural water courses. The risk that this poses is unprecedented – as the volume and diversity of pollutants increase, it is becoming ever more difficult to protect nearby ecosystems and the wider environment.

A More Sophisticated Journey or a Profound Behavioral Change

The effects of stormwater pollution are immense. As local ecosystems and habitats are deluged with contaminated water, they are unable to cope. Many of these habitats – like the world-renowned Puget Sound in the Pacific Northwest – risk being irreparably damaged by stormwater runoff and associated pollution.

This means urgent action needs to take place, and we essentially have two paths open to us.

In reality, however, this is not really a choice – both aspects will need to be deployed if we are to make significant environmental changes. Global governments may struggle to implement the wholesale infrastructural changes required to treat stormwater on a municipal level, but they can make incremental changes to mitigate pollution. At the same time, broad educational programs can help individuals and organizations across the world change the way they use polluting chemicals, while new legislation can make severe contaminants a thing of the past.

The traditional stormwater runoff journey is outdated and no longer fit for purpose. It will take a concerted effort from governments, businesses and private individuals to effect a meaningful change.