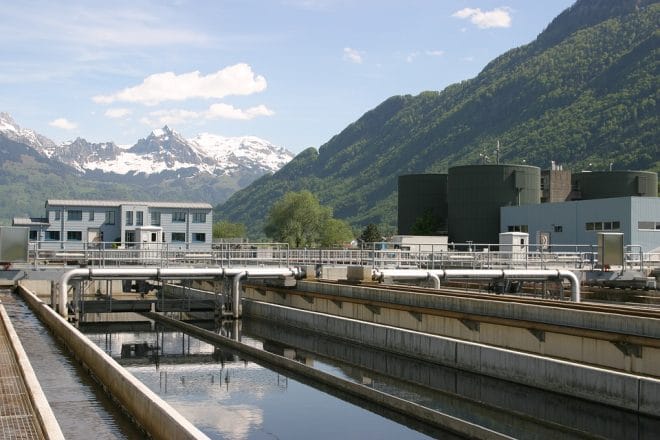 Wastewater plants and processing facilities get bad press and are often associated with unpleasant smells and odors. There is some truth in this — wastewater odors can be seriously unpleasant for anyone in the local area. But the reputation is a little unfair. With the right odor control processes and procedures, these smells can be curtailed and even negated altogether.

Read on to learn more about six odor control solutions that work to reduce the release of unpleasant, and even harmful gases and fumes. This will make it much easier to achieve a safe and reliable operation at your facility, maintain a good relationship with all stakeholders and local residents, and remain fully compliant with all regulations in your field.

While it is a range of chemical factors that tend to cause waste water odors, you can look to non-chemical methods to control them. Physical, mechanical prevention methods are in fact highly effective in stopping odors at the source and keeping them out of the local environment. This is because the presence of odors indicates there is a weakness in your system — a place where gases and fumes are able to escape into the surrounding atmosphere and environment. Identifying this weakness and putting it right is an effective part of the process when combatting unpleasant odors.

This may seem like only a temporary solution. After all, covering a problem is generally considered inferior to actually fixing it. But it’s still an important step in odor control. There are many chemicals and pathogens in wastewater, which makes odors a natural byproduct of running this type of facility. Physical odor blocking may not be wholly effective when deployed all by itself, but it does provide an extra layer of defense.

As mentioned above, odors are common byproducts of wastewater treatment and processing. Ensuring that there are no weaknesses in your pipework or elsewhere in your system is useful in preventing the spread of unpleasant smells. However, you also need to know what you will do if odors are released into the local environment.

A system of ventilation and fume removal is useful here. Piping odor-causing gases and fumes away from areas where they could cause problems is a must. When you operate a wastewater processing plant or other industrial facility, you need to maintain a positive relationship with your local community — implementing ventilation and odor removal that protects the community from unpleasant fumes is a big part of this.

Often, the intensity of the odor will be influenced by the local environmental conditions. Odors caused by bacteria are likely to be much worse in the summer months or during a period of warm weather. This is because the bacteria colonies grow more quickly when temperatures rise, leading to increased enzyme activity. The enzymes break down compounds and contaminants found in the water, which means fumes and gases are released into the atmosphere.

Implementing localized climate control can help you and your team prevent this worsening of odors. This may involve controlling the temperature within the system, reducing the growth of odor-causing bacteria in the process. In addition, you may seek to remove other aspects that could cause odors, such as catalyzing agents that accelerate chemical and biological reactions.

Baking soda is sometimes used as a neutralizing agent. This is because baking soda is alkaline and will increase the pH of an acidic wastewater solution, bringing it up to the neutral range of around 7. If the solution is at the base/alkaline end of the pH, a substance with a lower pH may be required to neutralize it.

We’ve mentioned enzymes above, describing how some types of enzymes can result in unpleasant odors. However, other types of enzymes work differently and may actively remove odors from a wastewater plant. This is because the enzyme will target specific chemicals and pathogens, breaking them down and destroying them. If the chemical or pathogen in question is the root cause of the odor, then enzymes become your friend in odor control.

In fact, there are lots of other substances that absorb and remove odors. These include activated charcoal, which has a porous texture that absorbs odor-causing chemicals. Another example is a plant-based oil that is used to mask the odor during the removal process.

Odors at your plant may be caused by the release of specific chemicals. One of the most commonly encountered odors at a plant is that of hydrogen sulfide gas. Not only is this a source of unpleasant odor, but it is also highly dangerous, as it ignites and explodes easily. It is also heavier than air, which means it will collect in sunken areas around your facility and can build over time to reach a dangerous concentration.

As there are two hydrogen atoms in every water molecule, it is very difficult to remove hydrogen from your wastewater. However, you can control the levels of sulfur in the water, reducing the likelihood of hydrogen sulfide gas being created and released. Studies suggest that autotrophic denitrification of wastewater in the petrochemical industry — combined with CO2 stripping — is effective in removing sulfur and reducing resulting levels of hydrogen sulfide.

If you operate a wastewater processing plant, odor control not only provides a safer environment but also allows you to remain compliant with local and national regulations. This is part of your responsibility as a facility owner, operator or manager, and so it is important to be aware of what chemicals are causing odors and work to actively control them.