Good and bad bacteria, and the roles they play in water treatment 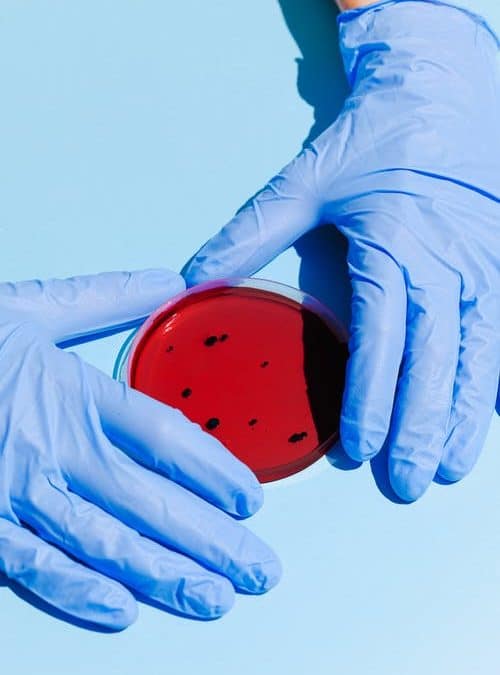 The word “bacteria” does not generally have positive connotations, and often it is associated with dirt, disease, and public health risks. While there is a scientific basis for this view, it is perhaps a little unfair and certainly does not tell the whole story. In fact, bacterial remediation provides many positive benefits to water treatment processes.

How does bacterial remediation work? Also called microbial bioremediation, this process involves the intentional implementation of bacteria or microbes to assist with the treatment of contaminated water.

While bacteria can cause illness and negative reactions within the body, it does have other attributes. A bacterium is an organism in its own right — it requires sources of nourishment and sustenance in order to survive and grow. It is this process of consumption and metabolization that is harnessed during microbial bioremediation.

Certain types of bioremediation microbes can utilize contaminants as a food source. They will either break the contaminant down and consume it directly, or metabolize it with another food source. Depending on the type of bacteria in question, this can be done aerobically or anaerobically.

This process involves a chemical reaction, which means there will also be a by-product. An aerobic process will draw upon environmental oxygen in the air or in the water, producing carbon dioxide, water, and chemical salts as a result. If a wastewater microbe uses anaerobic processes to consume the food source, no additional oxygen is required, and the chemicals produced may include methane and hydrogen, as well as other elements and compounds.

We’ve already seen how bacteria can break down organic food sources, but microbes can also be used in other ways during the water treatment process. They can also be deployed with great effect to remove inorganic compounds and chemicals, such as heavy metals, from water or from contaminated soil.

Uses of good bacteria in action in water treatment

Bioremediation can be carried in different ways. Biostimulation or bioaugmentation are two examples of bioremediation processes. Both of these processes involve harnessing the positive attributes of certain types of bacteria in order to treat water and remove contaminants.

During the process of biostimulation, nutrients and fuel sources are added to the contaminated water to stimulate the growth of bacterial organisms. This process may also involve changing the environmental conditions of the water — for example, raising or lowering its temperature — to better support the growth of microbial cultures.

In other words, biostimulation relies upon bacterial cultures that are already present in the water. In their original state, these cultures may not be developed enough to effectively remove contaminants from the water. However, through careful stimulation via the addition of nutrients and alterations to environmental conditions, these cultures can develop in a way that actively supports the treatment of the water.

The advantage of biostimulation is that you are working with organisms that have already come into contact with the contaminant and have adapted to it. This may help to achieve effective water treatment results.

Bioaugmentation involves the addition of microbes or microbial mixtures to the contaminated water. In this sense, the water source does not need an existing culture of indigenous bacteria, as this culture is manually added to the water.

This process offers you full control over the type of bacterial mixture you add to the water, which may be advantageous if you are treating specific contaminants, such as the lead and cadmium mentioned above.

Biostimulation and bioaugmentation together

Biostimulation and bioaugmentation do not need to be standalone processes. In fact, they are often used together to get the best results from bacterial water treatment.

For instance, you may use bioaugmentation to add secondary cultures to the water, and then biostimulation to improve the conditions of the water for bacterial growth and development. From here, you can fine-tune the conditions, nutrient levels, and bacterial types to achieve effective treatment.

Of course, not all bacteria is welcome. Microbes such as giardia are sometimes found in water sources, causing diarrhea and stomach cramps to exposed individuals. E.coli is another example of a harmful bacterium that can have fatal effects in some cases.

While filtering systems, such as stormwater filtration systems for urban runoff, will remove some of the bacteria, more robust measures need to be taken. Processes such as UV disinfection, chlorine water treatment and even germicidal ozone processes work effectively to remove this harmful bacteria from the water source.

Be aware that different regulations are applied according to water usage. If the water is intended for human consumption — i.e., for use in cooking or drinking,  or for washing and other human uses — strict controls are placed upon bacterial levels. If the water is to be used in your heating and cooling system, the requirements are not quite so strict, although you will still be required to eliminate the danger of contamination for your teams on-site.

A scientific approach to bacteria in your water

The perception of bacteria as universally negative or harmful is changing as businesses utilize processes such as bioremediation — either through biostimulation, bioaugmentation, or a combination of the two — to treat their water effectively. However, the risks associated with some types of bacteria should not be ignored either. Facility managers need to adopt a scientific approach to bacteria, harnessing its positive aspects and removing harmful bacteria from water sources. Public health is a major responsibility for business owners and water treatment plant managers, and the right stance on bacteria is critical to achieving this.