What Does a Gas Leak Smell Like? 7 Gases and Their Distinct Smells 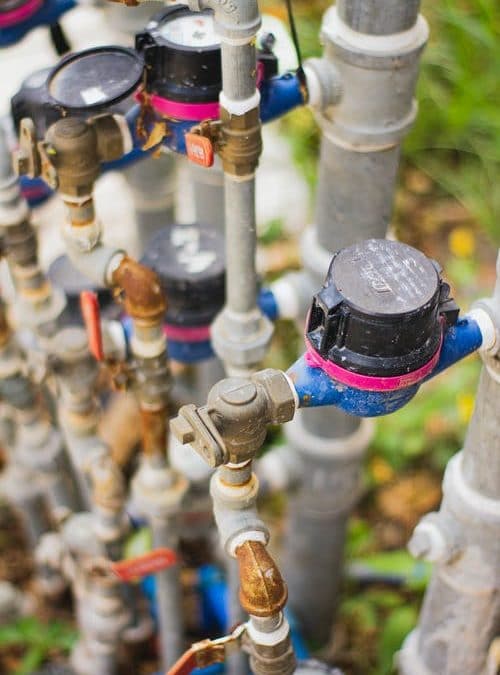 What does a gas leak smell like? Well, the answer to this question depends wholly on the type of gas you are working with at your facility. To help you understand more about this, we’ve compiled a list of gases commonly used in industry, as well as their distinct odors. Read on to learn more.

IMPORTANT NOTE: While knowing what a gas leak smells like is useful in keeping you and your team safe, you need a more technological approach if you are to protect health and safety at your facility. Use gas leak detectors where possible in order to achieve this.

Natural gas is the most commonly used type of gas in homes, businesses, and industries across the USA. It is composed mainly of methane, which is the most basic form of the hydrocarbon family of molecules, consisting of one carbon atom bonded to four hydrogen atoms. As methane is often produced by animal digestion and the decomposition of matter, it is often assumed that it has a strong smell. In fact, methane by itself is odorless.

If you are using methane in the form of natural gas, however, it will have a scent. This is the typical “gas” odor that most of us will recognize from when we turn on a cast stove at home before we light the burner. The odor is caused by an intentionally added blend of chemicals containing tert-Butylthiol.

Like methane, neither propane nor butane has an odor of its own. However, gas producers add the agent ethyl mercaptan to the gas mixture for safety purposes. This provides a recognizable scent, which will be familiar to anyone who has ever used a gas cylinder BBQ.

Fluorine is an elemental gas in the halogen family, and its atoms bond together to form the molecule F2. This is a highly poisonous gas and very dangerous to humans, animals, and to the surrounding environment. As such, it should be handled very carefully.

The odor of fluorine is reported as being similar to that of hypochlorous acid – in other words, similar to the smell you might experience when visiting a chlorinated pool or when using a bleach-based cleaning product.

Heading from fluorine, directly downwards in the halogen column of the periodic table, we immediately arrive at chlorine. Chlorine is a heavier element than fluorine – it has an atomic number of 17 compared to fluorine’s nine. But it shares many of the properties of its fellow halogen gas.

These properties include being highly poisonous, which means chlorine gas should also be handled with great care. In addition, chlorine shares the same “hypochlorous acid” scent, which is often reported as being very strong or pungent. A strong smell of bleach, or a strong odor similar to that of a highly chlorinated pool, could be an indicator that a gas leak is taking place.

As chlorine’s atomic number makes it considerably heavier than atoms such as nitrogen and oxygen in the air, you are most likely to experience this odor collecting in low-lying areas. It may also be accompanied by a greenish-yellow color, visible to the naked eye in some cases.

Freon is a brand name for a chemical refrigerant, and there are many different kinds of molecule that can be found in Freon gas. Most of these molecules are either chlorofluorocarbons (CFCs) or hydrochlorofluorocarbons (HCFCs). And, if you have heard about the negative aspects of these chemicals, you are certainly not alone. CFCs, in particular, have a well-documented history of destroying the ozone layer that protects the planet from radiation sources beyond the atmosphere. As such, a major CFC leak can have serious environmental implications.

There are various reported scents for Freon gas, perhaps reflective of the different chemicals that make up the individual forms of Freon. The most commonly reported odors include sweet scents, ammonia, cat urine, paint, or paint stripper/nail polish remover.

Acetylene, also known as ethyne, is the simplest hydrocarbon to feature carbon atoms joined by triple bonds. It has a wide variety of industrial applications, but it is most commonly deployed as a fuel for high-temperature welding operations. As you might expect, this makes acetylene a highly flammable compound, and the colorless gas can cause a serious hazard during a leak.

Even the purest forms of acetylene gas used in industry retain some traces of the phosphines that are used during its preparation – left over from the calcium carbide that is used to derive the gas. These phosphines produce an odor similar to that of garlic, which makes the gas relatively easy for human nostrils to detect.

Hydrogen sulfide is a heavier-than-air gas. This means it sinks into low-lying areas when released, where it can collect into dangerous concentrations. The gas has a strong scent of rotten eggs, which makes it distinct from other, similar gases.

If you detect this rotten egg scent and you are using hydrogen sulfide at your facility, this could be evidence of a leak. However, it is worth noting that hydrogen sulfide, and the associated smell, can be produced by other sources including bacteria feeding off sulfates in your pipework.

Hydrogen by itself does not have a scent and therefore cannot be detected in this way. It is, however, highly flammable, and you must take precautions on your site to avoid a leak.

Make Sure to Protect Your Facility

While odors are an indicator that a gas leak is taking place, this should not be your first and last line of defense. Make sure your facility and your team are protected by proper gas leak detectors in key zones around the site. These instruments provide far more accurate and reliable protection against potential gas leaks, and they will give you the advance warning required to enact the right safety measures.